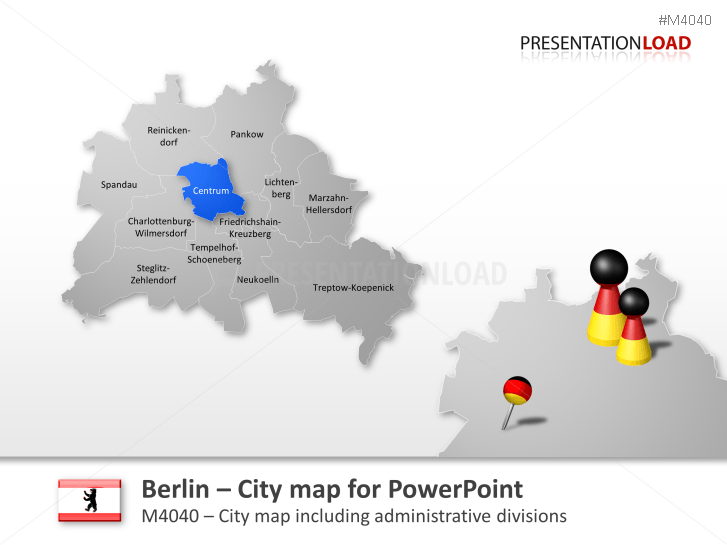 This is a detailed citymap of "Berlin" for Microsoft PowerPoint. It consists of a vector graphic and is easily editable and scalable. You are able to colour and change the separate districts. Text and area descriptions can be edited or deleted in PowerPoint. All the maps are PowerPoint-files and contain several design samples.