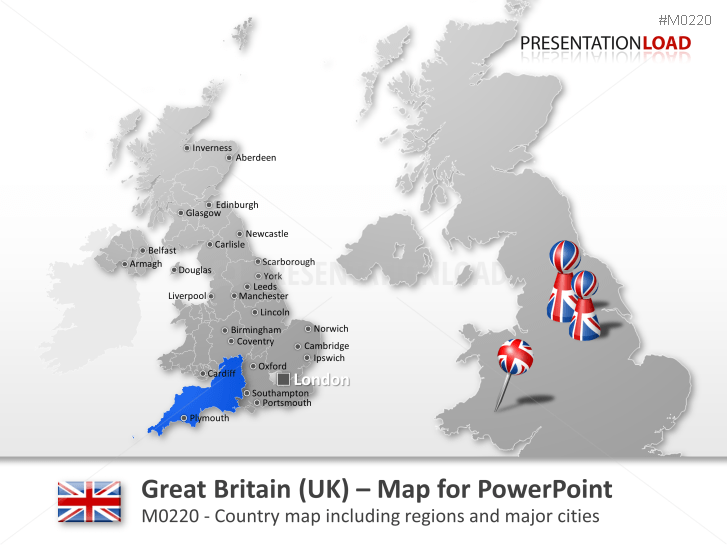 Present your locations / headquarters, marketing and sales regions as well as local planning and analyses with these digital PowerPoint maps. This map of Great Britain / UK (comprises the countries England, Scottland, Wales, Northern Ireland and the english regions North East, North West, Yorkshire and Humber, East Midlands, West Midlands, Eastern, London, South Eastern, South West) has been applied in a PowerPoint Template and is optimized for business and marketing presentations.

No review available for this item.

You have to be logged in to write a review.
Cart