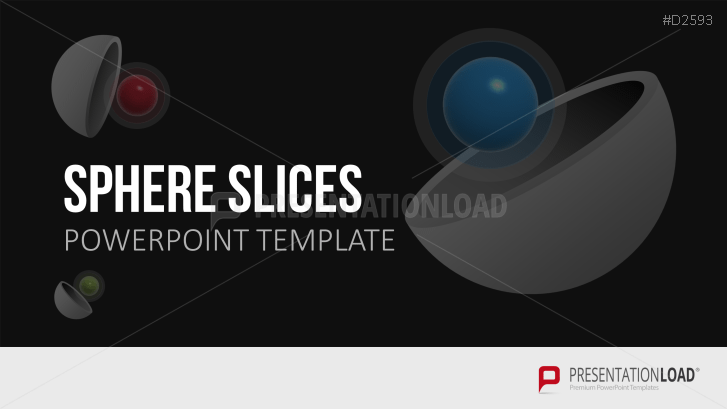 Integrate graphics of sliced spheres in spatial design to represent the individual parts of a larger whole.

Sphere graphics that have been sliced in various ways and reassembled are often used for metaphorical representations. A famous symbol of this type is the yin-yang symbol of Chinese philosophy, which stands for opposite but interrelated forces.

Parts of the Whole

A sphere symbolizes unity and solidarity. If this sphere is divided, the opposite is often assumed. Therefore, a sphere is appropriate symbol of a unification process as well as in the opposite case of a process of elimination.

Our PowerPoint templates provide a selection of templates for both scenarios. The illustration of a quartered or sliced sphere is included in this set as well as a sphere cross-section. Another design element is a sphere graphic with a smaller sphere inside similar to the famous Russian Matryoshka dolls.

No review available for this item.

You have to be logged in to write a review.
Cart