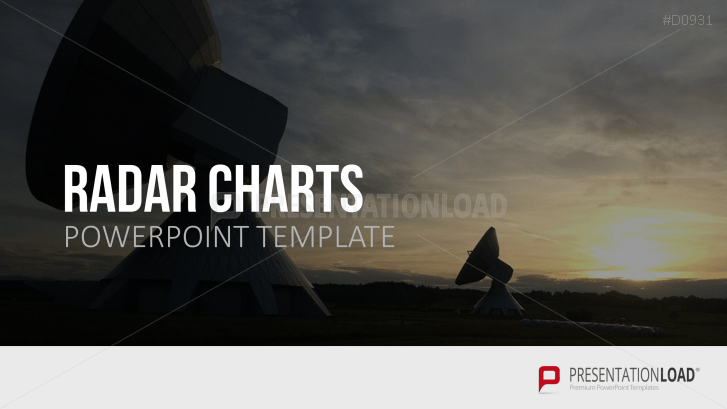 A radar chart is the best way to compare two or more variables.  Each variable is represented by a spoke that  leads out from the center.  Each variable value is plotted along its individual axis and then connected to the other variables to form a polygon. Radar charts are also known as spider, web, polar charts and star plots.

Our radar charts are fully data-driven. The values of the variables can be easily input and adjusted in an Excel table. Each row of the table corresponds to an axis and the chart is automatically generated in PowerPoint.
This set of slides offers a selection of different radar charts, from a normal circle shape to other variations such as a target, compass or an actual radar.

With Our Radar Charts Set You Can: