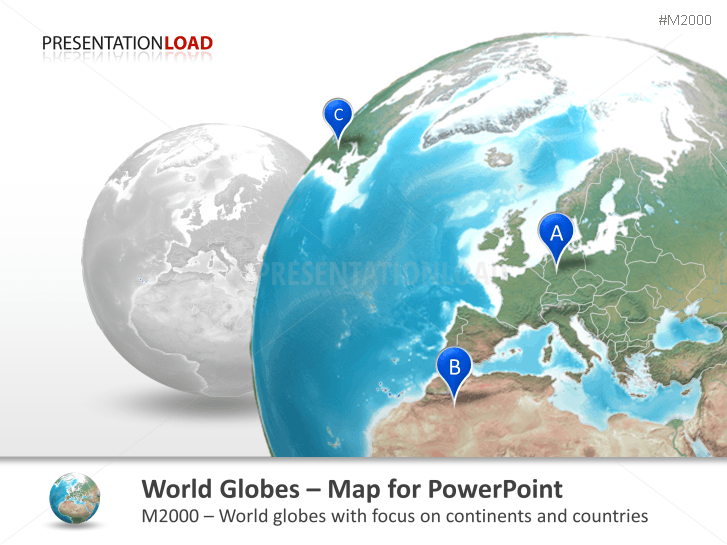 This PowerPoint Template consists of attractive 3D World Globes with satellite pictures. Each globe shows a certain geographic section that represents Europe, the Middle East, North America and Africa for example. Additionally every country is provided with a shape that can be edited (outline / area), which enables you to highlight individual countries or regions with different colors.